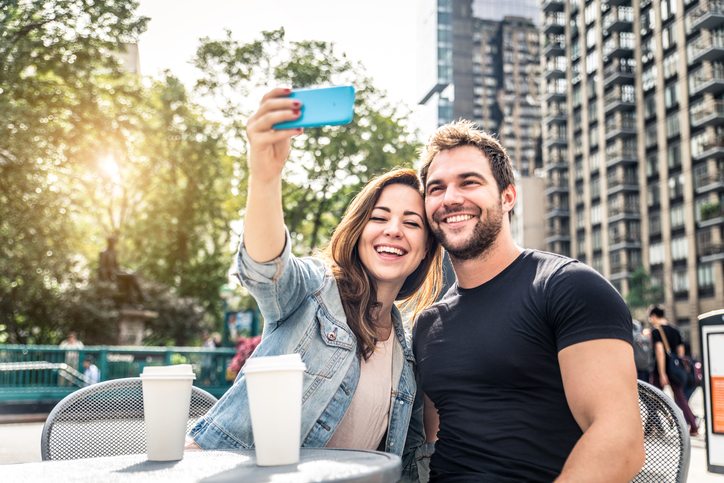 The challenges of dating in New York City are fairly exclusive. While there are dating woes throughout the world, a city of this size tends to exacerbate the regular issues we face. Perhaps because of the anonymity, such a large city allows, it’s easier to just ghost someone. Chances are, you’ll never see them again. There are very few repercussions since the abundance of singles makes for easy dating.

Even for successful bachelors like Michael Garafola who used a few online dating apps says he gets exhausted. While he is the boyfriend type, he has said that he’s had a hard time settling with a woman because the options are so endless. He is choosy about who he swipes right to and still ends up with over 100 matches per week. Based out of Gramercy, Garafola is a lawyer who questions the time and money he’s spent to find the perfect woman. He speaks for all men when he says there is a New York attitude of, “why settle for this beautiful smart woman when around the next corner, there’s someone equally as beautiful and smart.”

This Leads to a Constant Desire to Trade Up

It’s been said that New Yorkers are always looking for the next best thing when it comes to their apartment, job, and dating partner. With unlimited options, the mind frame is that of non-commitment. Singles in NYC can successfully enjoy the art of seduction or flirtation with new people every weekend.

There are many known many hook up bars like Mulholland’s in Brooklyn, Gym Bar in Chelsea, or The Windsor in West Village. With over 100 known places like this around the city, the options for casual relations make it exciting to stay single.

The 2 to 1 Female to Male Ratio

While men have the numbers in their favor, it certainly doesn’t make it easier to choose. In Manhattan, single women outnumber single men almost 2 to 1. Eligible bachelors feel pressure to take advantage of this even if they don’t really want to. Many singles feel like their friends pressure them into staying single in a strange twist of fate. The stigma of being a New York bachelor for those not in the scene live vicariously through their single friends that are ‘living the dream.’ While dating might seem like a dream, women still have their tough questions. Some NYC bachelors say it’s exhausting to be asked what they do for a living, if they want to get married and if they will ever leave New York City.

Has it happened to you? If anyone can remember the very first scene on the very first episode of Sex and the City, it was about a woman who was essentially ghosted after three perfect months of dating. In a city so large, chances are you won’t run into someone you’ve jaded. This anonymity makes people do the strangest things. While ghosting and benching have branched out to smaller cities and even towns around the world, New Yorkers may have been the ones to perfect it.

A 38-year-old male New Yorker says he regularly ghosts women and sees it as a humane way to date. He has tried to break up with someone verbally in the past only to have to manage anger and insults. He found it wasn’t worth it to break up in the traditional way.

It’s partially blamed on apps like Tinder and Grindr. They not only have access to dates all the time which is empowering for ‘ghosts’ but they can hide behind their device.

New York will wear you down or make you stronger. To make it here, you have to build armor in all aspects of your life. The average New Yorker has a 2-hour commute daily. Then you enter your fast-paced, demanding job all day. Any given singles dating history consists of being benched, ghosted, and dissed. You don’t live in the right borough, you don’t have the right job, or you’re absolutely perfect and that’s terrifying for someone who wasn’t really looking.

New York singles have earned the right to be picky. Iffy dates are probably not going to become second dates. They hold out for something because they want the best. This isn’t to say that love doesn’t hit people when they least expect it. Isn’t that why everyone keeps dating in the first place?

Need to find the right match to date? Talk to our matchmaking team in New York today!

Read Next: Challenges of Dating in NYC Part 2