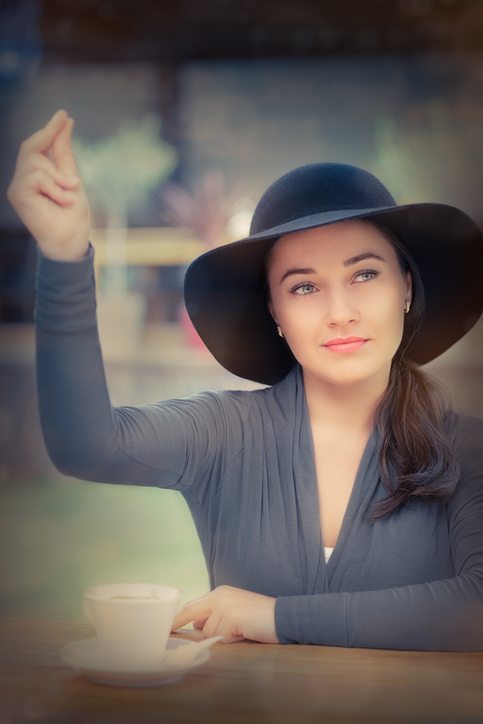 Getting involved with a Manhattan snob is the last thing you want to do. While it might seem harmless at first, it will have a negative impact on your life. Someone who vilifies Brooklyn and outright states they would never be seen in the place has the snob virus.

The snobbery in men and women can potentially lead to trophy marriages, segregation from anyone who doesn’t measure up (which is most of NYC), loveless encounters with your date, and someone who only wants attention from you. You will just need to serve a purpose in their entitled mentality to win a little bit of their false admiration. To avoid a future with an NYC snob, here are some of the signs you might see on the very first date.

Rude to the Service Staff

Wherever you meet up, there’s bound to be service staff of some sort. As a snob is usually independently wealthy, they will exhibit an air of superiority. It will be pretty obvious that they see the bartender as someone far less than they are. Ways they might abuse service staff is by yelling at them to get their attention.

They will fuss over every little thing and pay no attention to them if they happen to ask a question. It’s clear they believe they are far more important than the person serving your dinner. They feel entitled and don’t even recognize there’s a restaurant full of other people the server has to tend to. So while they may flash their charming smile at you, they are showing a completely different side to the service staff.

They Will Brag About Their Accomplishments

It’s not so much that going to an elite school automatically makes a person a snob. It’s how they let you know on the first date that they did. If your date has the snob gene, going to an elite school in New York can induce a lifetime of arrogance and entitlement in someone. Those are usually the ones that would let their education and acceptance into these institutions be what defines them.

This is the same for an athlete that was a star on his team. You can bet they will boast about how great they are/were. This shallow sense of self is often all they’ll have to talk about. They might throw in their house in the Hamptons and what block they dwell on.

It may be challenging to get a word in edgewise with one of these New York snobs. They will talk to keep your attention. The minute you give them a compliment, they will almost shut it down as though what you think doesn’t matter. You may try to get a connection between the two of you but your date is far too wrapped up in themselves to actually give you the time of day.

If They Do Pay Attention to You, It Will be an Interview

They Will Show Off How Much Money They Have

If the snob is female, she will probably let you know she is sporting a Birken and it was not easy to get. She’s on their list though because she’s such a loyal customer. On and on it will go. She’ll probably tell you that she only buys her groceries at the Whole Foods on Union. She only lives in apartments with doormen, and she would never step foot in Brooklyn.

If you’re on a date with a man snob, he too will have an issue with going to Brooklyn. He’ll talk about the private clubs he’s a member of. He’ll sneak in where he lives and what building he works at as those are the things that define him. He may tell you that what material his designer suit is made from on some casual note. He’ll certainly lift up his shirt sleeve so you can take a look at his watch if he’s proud of it.